He began as a poet. Then he put beats to his beats.

He sung about things that mattered… politics, race, addiction, war… but he spoke to inspire not to incite hatred. He often spoke with sadness, but also with optimism. He inspired a generation, or two, and he also inspired me.

With a voice so rich and smooth, so wise and full of wit, I’ve always found it easy to be in awe of Gil Scott-Heron. And his final note was a perfect one. ‘I’m New Here’ (2010) was recorded just a year before his death. It floats and it rolls, it looks back and draws strength from hardship, and is as relevant and beautiful as ever. At only 28 minutes, it doesn’t need to be a minute longer.

“Home is where I live / inside my white powder dreams,
Home was once an empty vacuum / that’s filled now with my silent screams,
Home is where the needle marks / try to heal my broken heart,
And it might not be such a bad idea if I never / if I never went home again.”

– From ‘Home Is Where The Hatred Is’, Gil Scott-Heron 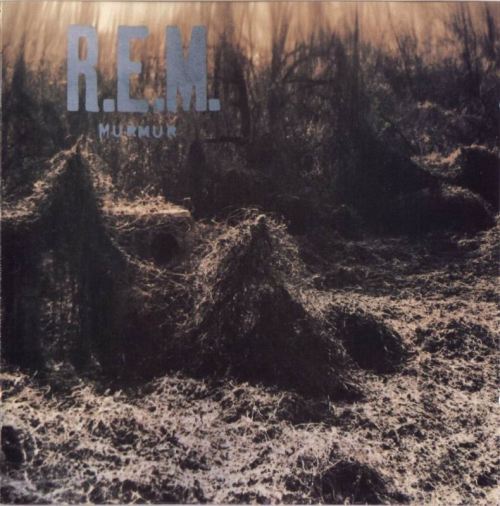 Everything is open to interpretation. That’s the beauty of things. There’s no right way or wrong way; we take what we can from what we experience. This series of posts is about the stuff that inspires me. I’m not trying to convince you – I’m just brain-dumping some fanboy love on to the page. Not everyone will agree. That’s ok.

This is one from back in the day – but it’s the ones that stick with you that can have the biggest impact. First off, try to put aside any preconceptions (misconceptions) you may have about R.E.M. This was their debut album back in 1983 and a record I first heard many years ago but after the band had reached global mammoth-ness with Losing My Religion.

The reason it’s so important to me isn’t just that I love the music and that it hit me at an important time of life – I also love what it represents. This is a true indie album. Produced by I.R.S. Records in Atlanta, Georgia, I think it stands up against any of the great indie debuts and, as the music scene has evolved in the last 30 years, I actually think it may have gained even greater recognition if it was released today instead of back in the 80s.

That’s not say that it was ignored at the time – released in the same year as Thriller and U2’s ‘War’, Rolling Stone Magazine still nominated it as their record of the year, which was pretty unusual for such a ‘small time’ release.

The band members were all around 20 years old. They lived, worked and studied in Athens and, like a lot of kids, all wanted to be in a rock band. But great musicians? Not really. Lead guitarist, Peter Buck, was such a novice that on many of the tracks Mike Mills actually plays ‘lead bass’ to make up for it. Buck learnt to play once he was in the band, not the other way round.

And Michael Stipes’ distinctive vocals that are intelligible, save for the odd recognisable phrase… was he intentionally distorting his voice? It seems as if he’s too shy to let his words ring clear and true: at this stage he’s the opposite of a confident, brash frontman. In the words of Mitch Easter, the producer:

“We put him in in front of a microphone and that was the sound he made.”

However, what they were saying was less important than how they said it. They had a raw urgency and edge that I don’t think they ever reproduced and I think few bands have achieved, while turning out such great songs too. Just like looking at a painting that you don’t entirely understand but that speaks deeply to you nonetheless, Murmur gets you on a subconscious level and doesn’t let go. Even 30 years later.