This poem is going to seem very strange to those of you who aren’t familiar with the legendary BBC Shipping Forecast. So I’d recommend having a listen to some of the above recording as a starting point. The rest of us can just listen to it for the warm, cosy, night-time memories. Either way, it’ll help explain my inspiration… 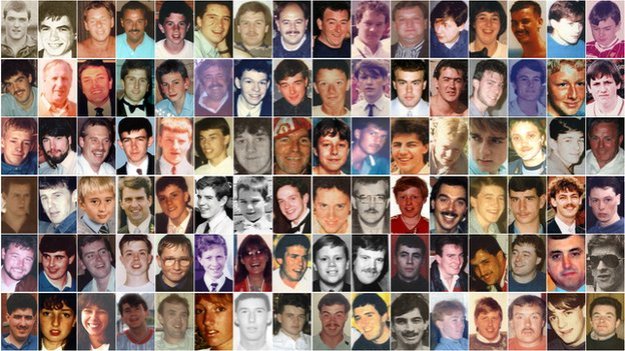 Unimportant though it may seem on the anniversary of a tragedy of this scale, I want to pay homage to the power of words.

For those who don’t know, 24 years ago today, on 15th April, 1989, a football match was taking place between Liverpool and Nottingham Forest, at the Hillsborough Stadium in Sheffield. Soon after the game began, a surge of fans at one end of the stadium caused a massive crush in which 96 people lost their lives. 79 of them were 30 years old or under. Originally, the Liverpool fans’ behaviour was deemed the reason for the disaster. However, following a 23 year campaign for justice by relatives of the victims, an independent investigation concluded that no fans were responsible for the deaths and that the authorities had in fact attempted to conceal the truth about the negligent behaviour of the police, other emergency services and local politicians.

Peter Jones, a BBC sports radio broadcaster, came to work that day to commentate on a game of football. Five hours later, looking out over the desolate aftermath of the tragedy, he signed-off with the words that still make me shiver and my eyes fill, no matter how many times I read or hear them:

“The biggest irony is that the sun is shining now, and Hillsborough’s quiet, and over there to the left are the green Yorkshire hills, and who would’ve known that people would die here in the stadium this afternoon. I don’t necessarily want to reflect on Heysel – but I was there that night, broadcasting with Emlyn Hughes – and he was sitting behind me this afternoon, and after half an hour of watching stretchers going out and oxygen cylinders being brought in and ambulance  sirens screaming, he touched me on the shoulder and said ‘I can’t take anymore’, and Emlyn Hughes left.

You can listen to it here.

(For reference, ‘Heysel’ is the name of a Belgian stadium where 39 fans had died, also during a match involving Liverpool, four years earlier).